It’s logical I suppose that when the City of Valencia decided to turn an old rice mill into a museum, that they should consult the Faculty of Industrial Engineers of the UPV. Who, after all, better than an Industrial Engineer to “repair all the machinery, recovering the original parts and components so as to reproduce their working systems and operation.” 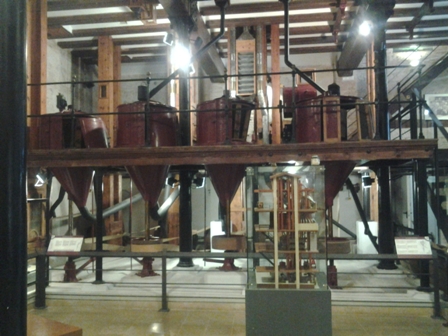 The Molí de Serra is situated in Valencia’s port, far from the rice fields around the Albufera Lake but near the ships that used to export Valencian rice all over Europe.

The old mill has three floors, reached by a glass-walled lift, where you can see the machines working as they used to, although at a slower speed in the interests of conservation. 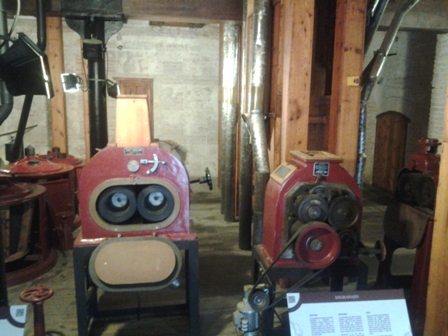 The rice was carried up to the top floor by a series of dumb waiters and the husk separated from the grain, sorted, cleaned, whitened and then packaged by the simple process of being rubbed by stone.

Pictures and information panels explain the story in Spanish and Valencian, but if you’d prefer to hear it in English, there are five English-speaking guides who will be happy to take you on a tour. 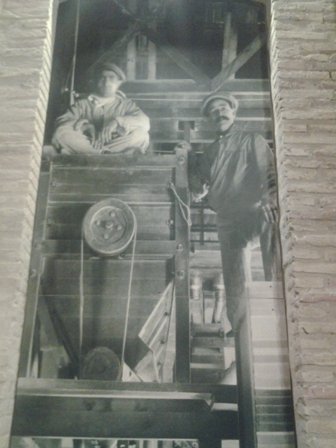 One curious fact that you learn on the tour is that rice in its husk is called “Paddy”. Whether there is an Irish connection or it’s just the fact that it is fresh from the Paddy fields isn’t clear.

There is also a great deal of information about the history of rice, which was apparently first cultivated around 8000 B.C. It was brought to Europe by Alexander the Great in 320 B.C. and the first rice mills were established in Valencia in 1840.

Its cultivation around Valencia was developed originally by the Moors, but then prohibited by the Catholic Monarchs after the Christian re-conquest as it was considered a health risk due to the number of mosquitoes that lived in the rice fields.

Later, during the Peninsular War, cultivation was renewed as food shortages became rife and French and British troops ravaged the land in search of supplies. (Although some were more polite in their ravaging than others!)

In the 1840s the first references to paella began to appear, although its international reputation was sought and obtained through propaganda under the Franco dictatorship.

In the 1920s, Valencia was supplying all of Spain and a part of Europe with “Oriza Stiva” or rice if you prefer, and it wasn’t cultivated in Italy until 1926. 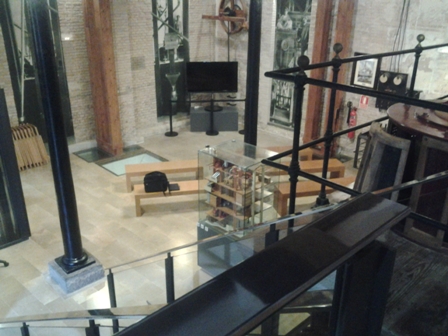 Inevitably, the information panels contain some basic physics, indicating the technological background of those who worked on the project.

The visitors’ book indicates that people of many nationalities have been visiting the museum, which is open morning and evening Tuesday to Saturday and on Sunday and holiday mornings when admission is free.

It is situated in C/ del Rosario 3.

There is also a web-site at www.museoarrozvalencia.com